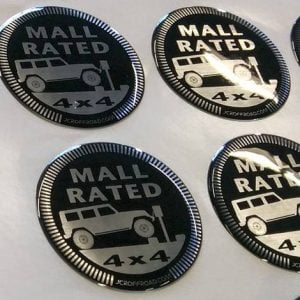 We’ve always been XJ fans. JcrOffroad pretty much exists because in 2002 Brian saw that very few people were making Jeep Cherokee bumpers or rock sliders, but everyone was making Wrangler armor. So he put on his welding helmet and did what any smart entrepreneur would do, built parts for a market that had big demand with no competition.

But we’ve also always been goofballs here at JCR, and we are NEVER afraid to be the butt of our own jokes. Repeatedly.

So let’s go back to when you still needed a university e-mail address to be on Facebook. In those dark ages, everyone wasted their time on Jeep Specific Forums. No forum battle was worse than the Wrangler guys vs the Cherokee guys; frame vs uni-frame, doors vs doorless, roof vs… well you get the idea.

“CHEROKEES ARE FOR GETTING GROCERIES!”

“IT’S NOT A REAL JEEP UNLESS IT HAS A FRAME!”

Us being us (mostly idiots) we did what we always do, and threw gas on the fire. We sold our first vinyl Cherokee Mall Rated Badge in November of 2009.

We weren’t Mall Rated posers though, oh no! We practiced what we preached. Always bringing freshly waxed, pretty rigs to the trail, then mercilessly beating the tar out of them.  Then by the next weekend, they’d be all polished up again, ready to go on an ice cream cruise.

We happily sold only XJ Mall Rated Badges for many years, but then the JK came. Oh the JK, the great neutralizer in the Jeep model wars. With the four-door JKU, now the Wrangler folk had a station wagon of their very own; full of soccer balls, and screaming kids. Then soon there were new pretty rigs on the trail. JK’s with 20″ wheels and 50″ lightbars, JKU’s with perfectly polished paint and paracord grab handles are far as the eye could see. We had to invite them into our secret society, but we had to step up our game.

So in 2015, we did a full overhaul on the badges, using high quality brushed vinyl and a urethane dome covering. 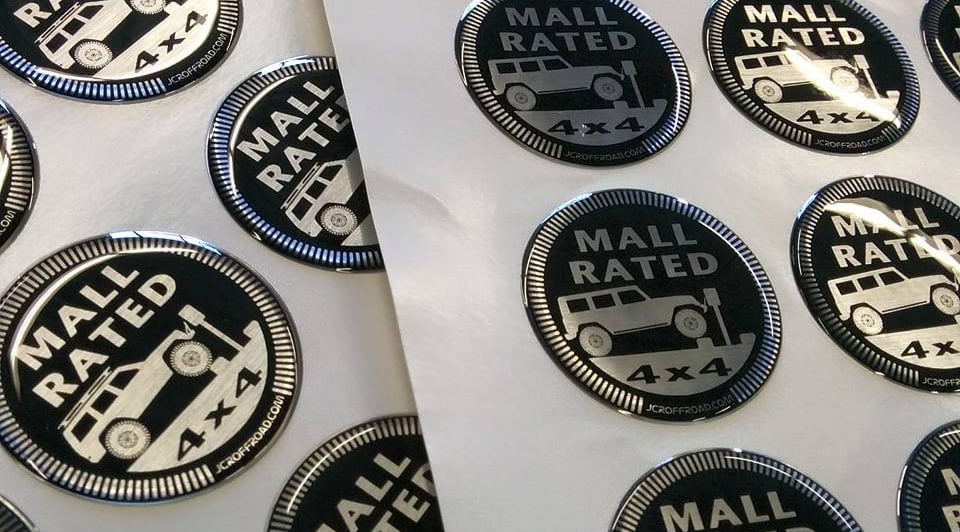 Then we invited everyone to the club with the debut of the Wrangler badges for the two-door and four-door JKU. But we needed a face for the new badge, and what better spokesperson than a hand puppet unicorn?

Handicorn was born. But in our naivety, we had no idea what kind of monster he would become.  Mall Rating every Jeep in sight, causing real life fights, taking Facebook by storm. 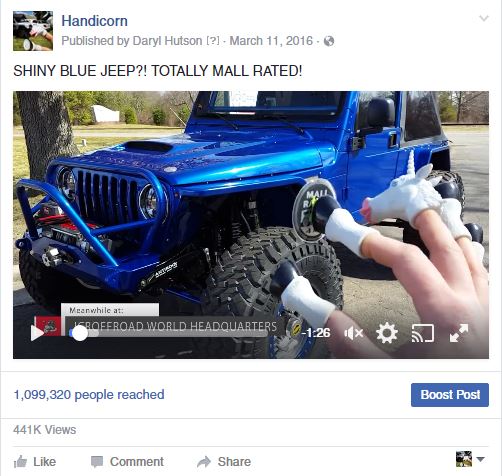 With every 1 million post reach, he only became stronger, with every 500,000 views his Mall Rated bloodlust became unquenchable. Handicorn was out of our control.

But, sorry we’re not sorry because Mall Rated Badges were selling great! So great in fact, that we released the Grand Cherokee Badge, officially welcoming the ZJ, WJ, and WK into our exclusive club. The JCR Mall Rated journey finally reached epic status when Axial Racing contacted us. Not only did they want to use all scale JcrOffroad armor on the new Cherokee SCX10 scale rock crawler, but they wanted to print Handicorn on the box. Rumor has it that Axial included JCR in the project ONLY after they spent a long drunken night watching Handicorn videos on Facebook. But that’s only a rumor. All we know is the sticker kit in the box comes with tiny Handicorn stickers and Mall Rated decals. In fact, if you look REAL close you’ll find that pesky unicorn ALL over the packaging. And if that’s not cool, we don’t know what is. 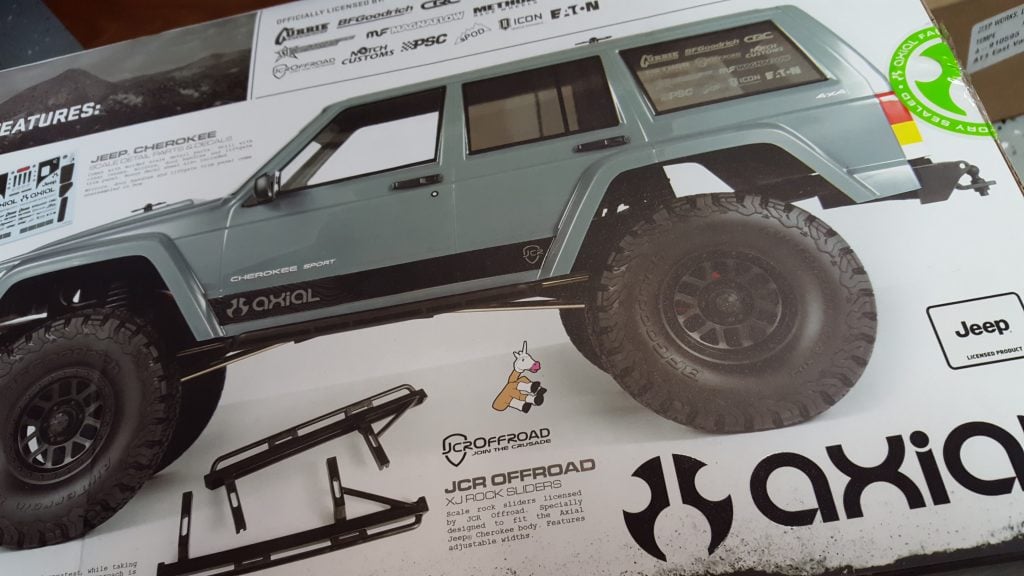 So that’s where we stand today. We still offer high-quality Mall Rated Badges for two-door wranglers, JKUs, XJs and Grand Cherokees. Handicorn continues to feast off his fame. Hobnobbing with the celebrities of the off-road world. Eating sprinkles. Getting free stuff.

But know this. The JCR Mall Rated phenomenon has always been tongue in cheek. We don’t hate on any rig. So slap a mall rated badge on your waxed trailer queen, on your daily driver on 31’s, on the 80k rig you only use to get ice cream on Sundays. And if you see a video of a unicorn making fun of and slapping a sticker on a Jeep; know that he always has permission from the owner. And that it’s a badge of honor.

Keep on doing what you do.

Order Mall Rated Badges for you or your friends at:
https://www.jcroffroad.com/product/DLMLLRTD.html